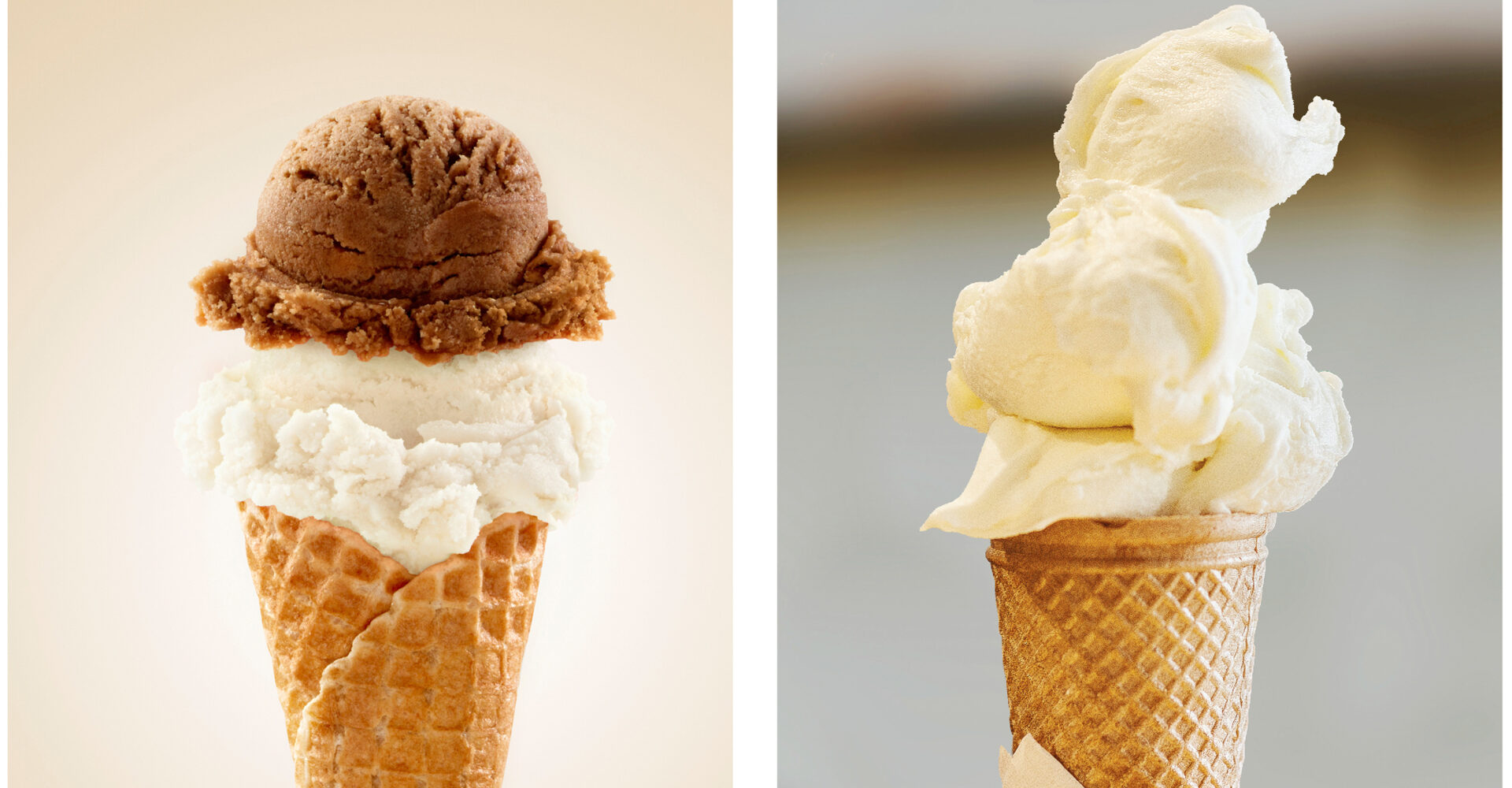 What is the difference between Gelato and Ice cream?

Quick Access hide
What is the difference between Gelato and Ice cream?
Ice cream and gelato have their origins in Italy

If you walk around any city during the summer, you’re likely to see people with their faces buried deep in a creamy, frozen treat. Although the difference between ice cream and gelato may be difficult to discern from afar, they are distinct as a popular dessert. In the mid-nineteenth century, the first ice cream machine was invented. Gelato was invented in Italy, though there is some debate over where it came from. This article delves into the history of ice cream and gelato, as well as the distinctions between the two and which is the healthier option.

Ice cream and gelato have their origins in Italy

While no one knows who invented ice cream, according to the history of ice cream and gelato, the first versions may be found in ancient China. King Tang of Shang was supposed to have a favorite dish made from buffalo milk, wheat, and ice when the first ice cream machine was invented. Fruit, juice, or honey were later added to the dessert, which was served over fresh mountain snow. Ice cream became a treat reserved for the affluent as it expanded to include dairy from cows and, later, egg yolks. In the 17th century, cream ice, as it was known, adorned the dessert dishes of Charles I and his guests. 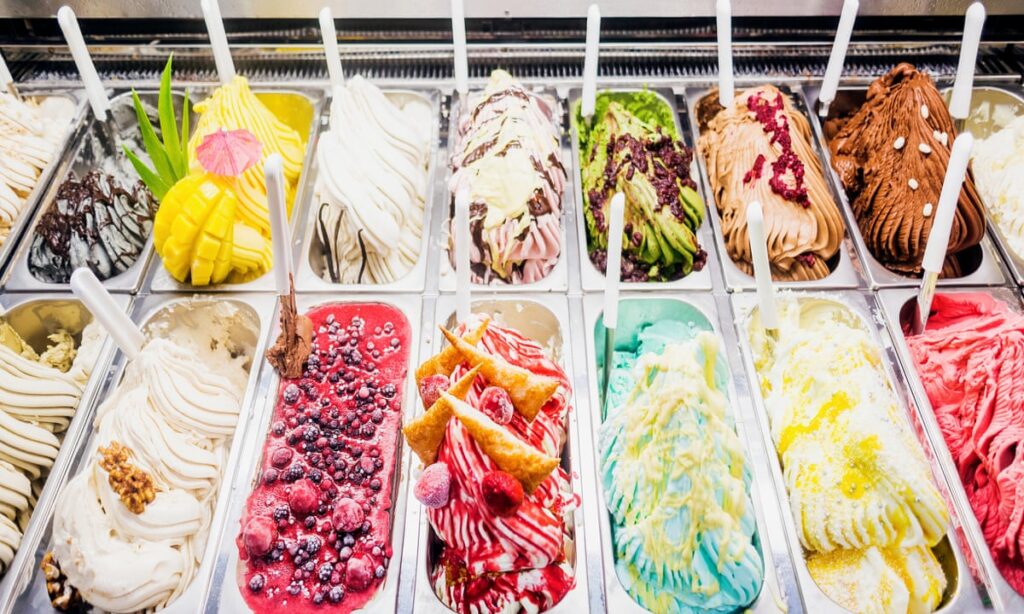 Check out the Cooking Tips on the FoodMag.ca : Delicious and healthy spinach and cheese pie

Because gelato and ice cream are manufactured differently, their nutritional profiles change. What is the difference between Gelato and Ice cream? 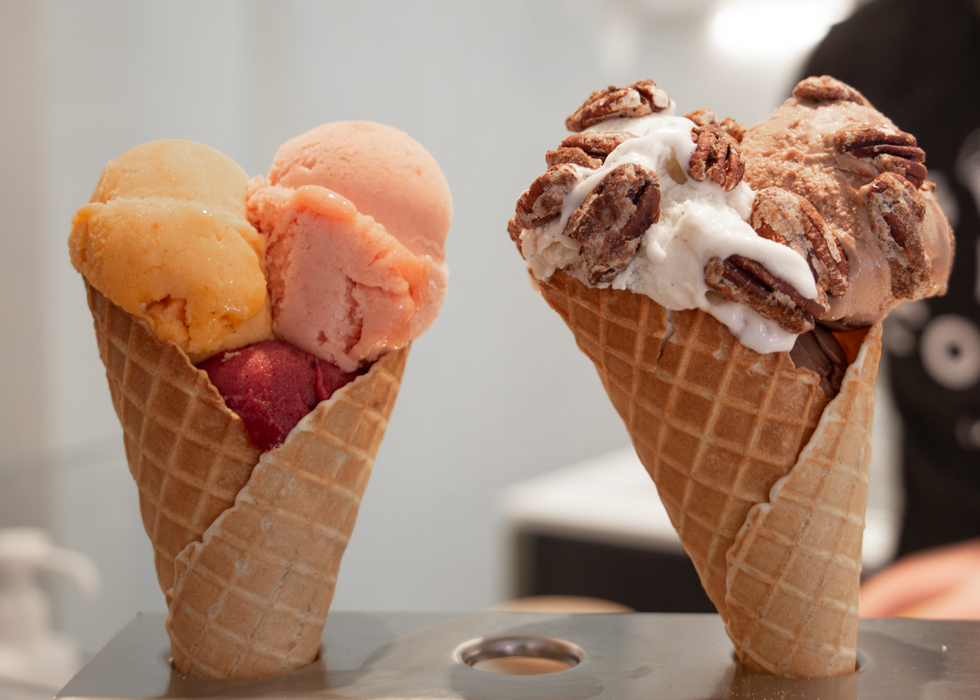 Ice cream is defined by the Food and Drug Administration (FDA) as a dairy product that has at least 10% fat calories. However, fat can account for up to 25% of the calories in a standard container of ice cream. Gelato, on the other hand, has a substantially lower fat content, often around 4–9% fat. It also has a higher sugar content than ice cream. It’s worth noting, though, that both are high in sugar. Vanilla ice cream in a 1/2-cup (78-gram) serving has 210 calories and 16 grams of sugar. In comparison, an equal portion of gelato (88 grams) has 160 calories and 17 grams of sugar. Because they’re high in sugar and calories, they’re only meant to be eaten once in a while, although the ice cream flavor is fantastic.

What is the difference between Gelato and Ice cream considering their taste and texture? Gelato has a silkier feel than ice cream and is slightly denser. Gelato, a popular dessert, may carry a lot more flavor than ordinary ice cream because of its density. Gelato’s flavors are frequently derived from natural sources as well. Ice cream’s texture is often delicate and airy due to its higher air content. However, because it contains more butterfat than gelato, it may not be as tasty. Because butterfat covers your tongue, it takes your taste buds a little longer to detect the ice cream flavor. 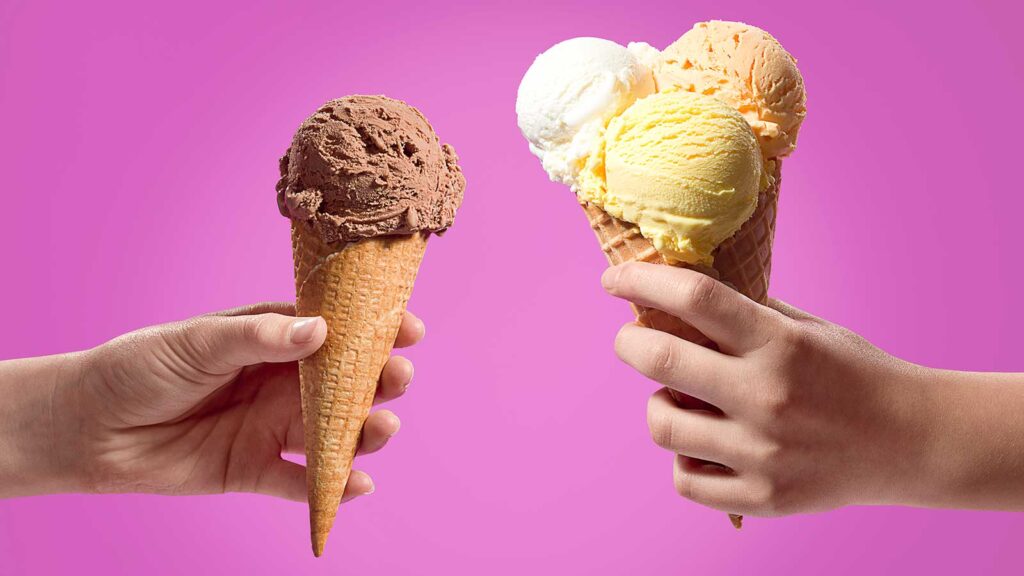 Gelato is generally served at a temperature of 10–15°F (6–8°C), which is slightly warmer than ice cream. Because your tongue isn’t as numb as it is when eating ice cream, this allows the flavors in gelato to bloom. It’s served with a spade, a flat spatula that helps soften the dessert as it’s moved around. Meanwhile, ice cream is often scooped with a deep rounded spoon, allowing it to be molded into solid, round balls due to its higher fat content. Because they’re high in sugar and calories, they’re only meant to be eaten once in a while, although the ice cream flavor is fantastic.

Which one should you pick?

Ice cream,a popular dessert, will fulfill your needs if you like a cooler, harder delight with a more buttery mouthfeel. Gelato is the way to go if you want a more concentrated explosion of flavor and a silkier frozen delight that’s lower in fat. Because they’re high in sugar and calories, they’re only meant to be eaten once in a while, although the ice cream flavor is fantastic. What is the difference between Gelato and Ice cream considering their calory? Ice cream and gelato, regardless of flavor, should be consumed in moderation because they are high in sugar and calories. Too many calories and added sugars in your diet might increase your chance of acquiring diseases like heart disease, obesity, cavities, and diabetes. Ice cream or gelato, on the other hand, can be consumed as a nutritious treat on occasion.