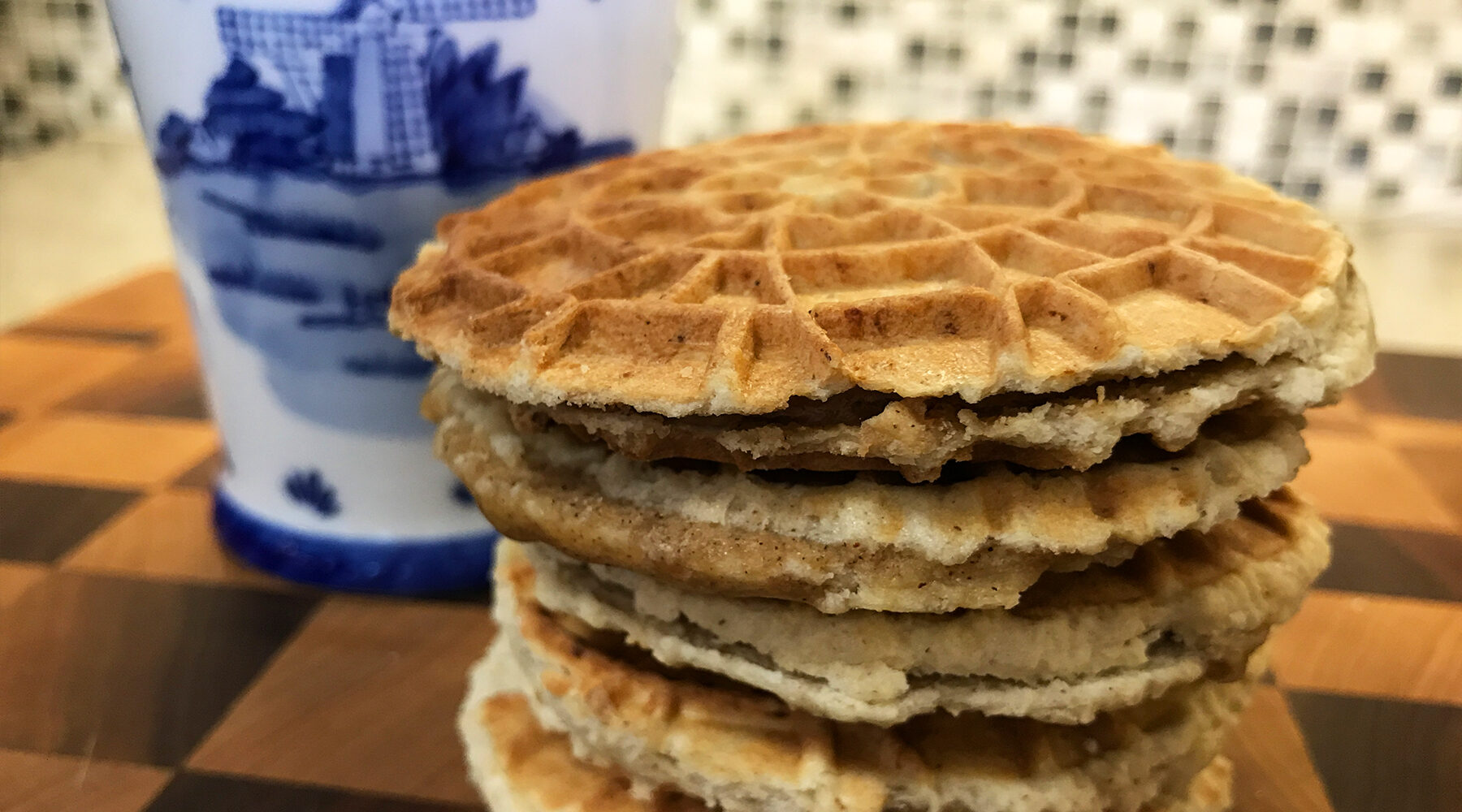 Quick Access hide
Dutch Stroopwafel history
What is the definition of a Stroopwafel?

What is the definition of a Stroopwafel?

Stroopwafels are a tasty Dutch cookie that resembles a miniature waffle. Each one is filled with a buttery caramel sauce that has been flavored. Stroop is the Dutch name for this. As a result, this cookie’s name translates to “syrup waffle.” The first stroopwafels were invented by baker Gerard Kamphuisen. There are several versions of how this traditional Dutch dessert became popular in the United States of America. Continue reading if you want to learn more about what a stroopwafel is. Stroopwafels that are the tastiest and freshest are somewhat crunchy on the outside and soft on the inside. If you want to stay loyal to its roots, make stroop with sugar beet molasses.

The stroopwafel is a Dutch pastry that originated in the city of Gouda. It was created by a baker using bakery wastes, such as breadcrumbs, that were sweetened with syrup in the late 18th century or early 19th century. If you want to know what a stroopwafel is, according to one narrative, the stroopwafel was invented by baker Gerard Kamphuisen, putting the first stroopwafels somewhere between 1810, when he founded his bakery, and 1840, when the oldest known syrup waffles recipe was published.

Stroopwafels, like donuts in the United States, became a major hit in the Netherlands. You could choose from 100 syrup waffle bakers if you lived in Gouda in the nineteenth century. After 1870, the treat became popular at bakeries, parties, markets, and cafes across the Netherlands. Stroopwafel, a tasty Dutch cookie, became even more popular in the twentieth century when factories began to produce them. In 1960, there were 17 factories in Gouda alone, four of which are still operational today. There are several versions of how this traditional Dutch dessert became popular in the United States of America. 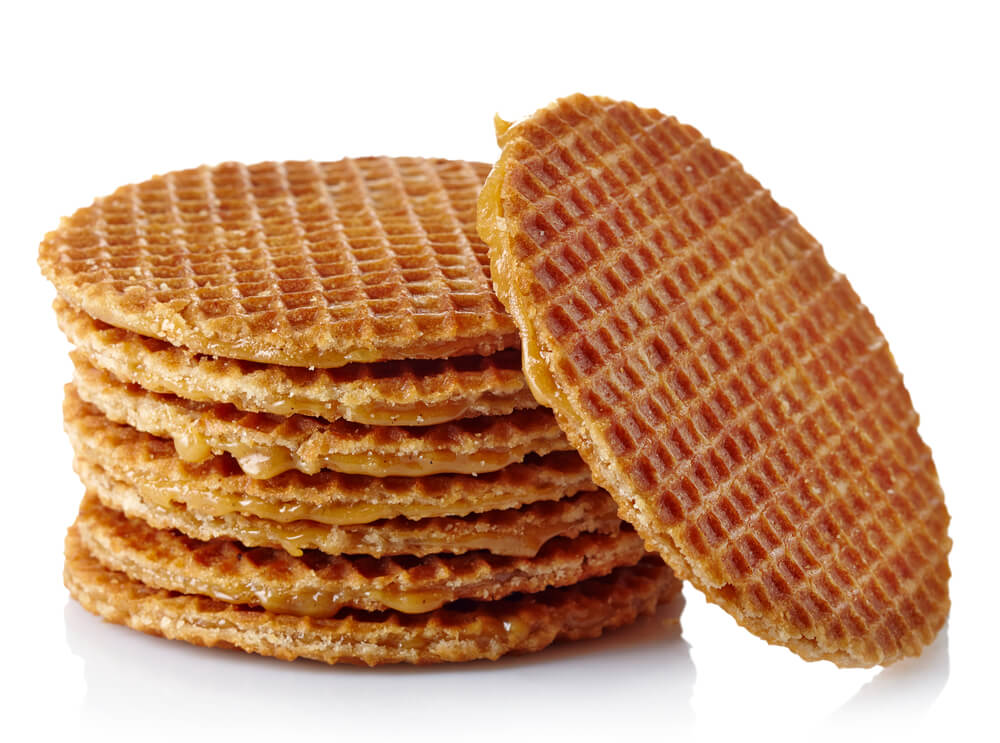 Many Americans, however, haven’t experienced a fresh stroopwafel in a long time. To be honest, if you’ve only tasted the stroopwafel as a boxed cookie from another country, you haven’t had the actual deal. 3Bros bakes the Dutch dessert by hand in a family bakery in the United States and distributes it fast to you. It’s true that FRESH makes a difference.

Stroopwafels make their way from the Netherlands to the United States

There are several versions of how this traditional Dutch dessert saved up enough money to fly across the pond and settle in the United States of America. What a stroopwafel is? The first stroopwafels were invented by baker Gerard Kamphuisen. One story tells about a woman named Anna Gordon who began producing Stroopwafels in Brooklyn, NY, since her Dutch husband’s family missed the dessert from their country. After graduating from culinary school in 2010, she began selling them in a local market, but in 2014, she built a storefront.

From kickstarter money, another firm, Rip Van Wafels, began producing Stroopwafels. Rip Pruisken was an Amsterdam-born Brown University student. He brought Stroopwafel, a tasty Dutch cookie, to his freshman year, and his buddies enjoyed them, so he started making them in his dorm room. He collaborated with his co-founder Marco De Leon, who was also a Brown student. While on campus, they began an iterative process of perfecting the waffle recipe and marketing. Their popularity originated with software businesses, where staff evidently preferred this snack alternative to candy bars. 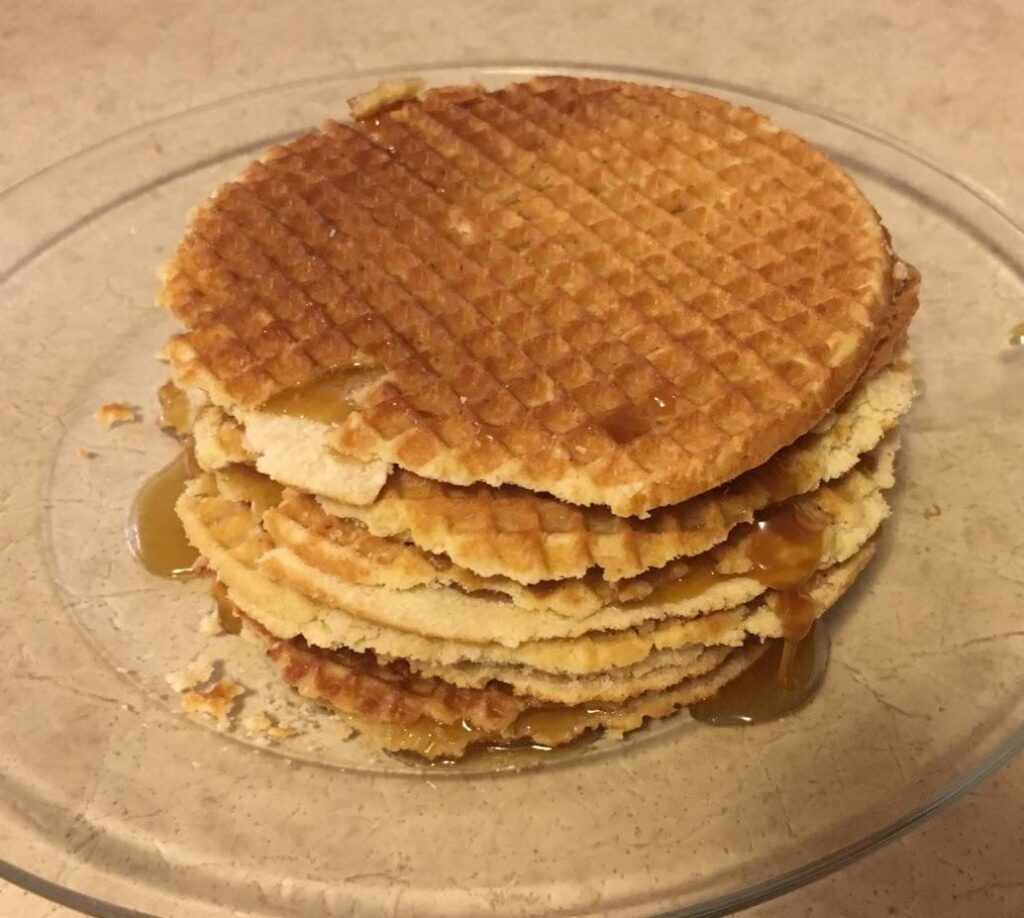 Finally, in 2016, Daelmans, a Dutch firm, expanded into the United States, collaborating with United Airlines to begin serving Daelmans Stroopwafels on flights as one of the airline’s complimentary snacks. There are several versions of how this traditional Dutch dessert became popular in the United States of America. This was a remarkable turn of events that was ultimately driven by United’s need to regain customer trust. Customers were aware of the service cuts after in-flight freebies were downgraded. In 2015, the CEO was replaced, and modifications were made, including a higher-quality coffee option and the return of free in-flight snacks.

The Stroopwafel, a tasty Dutch cookie, was chosen as an excellent complement to the new coffee option. The flight was also designed to provide guests with alternative food options in case they preferred saltier nibbles or didn’t have a sweet craving. Stroopwafels are best described as a soft, thin cookie. The flavor is a cross between a Belgian waffle and a sugar cone, with a surprise molasses/cinnamon/caramel filling.