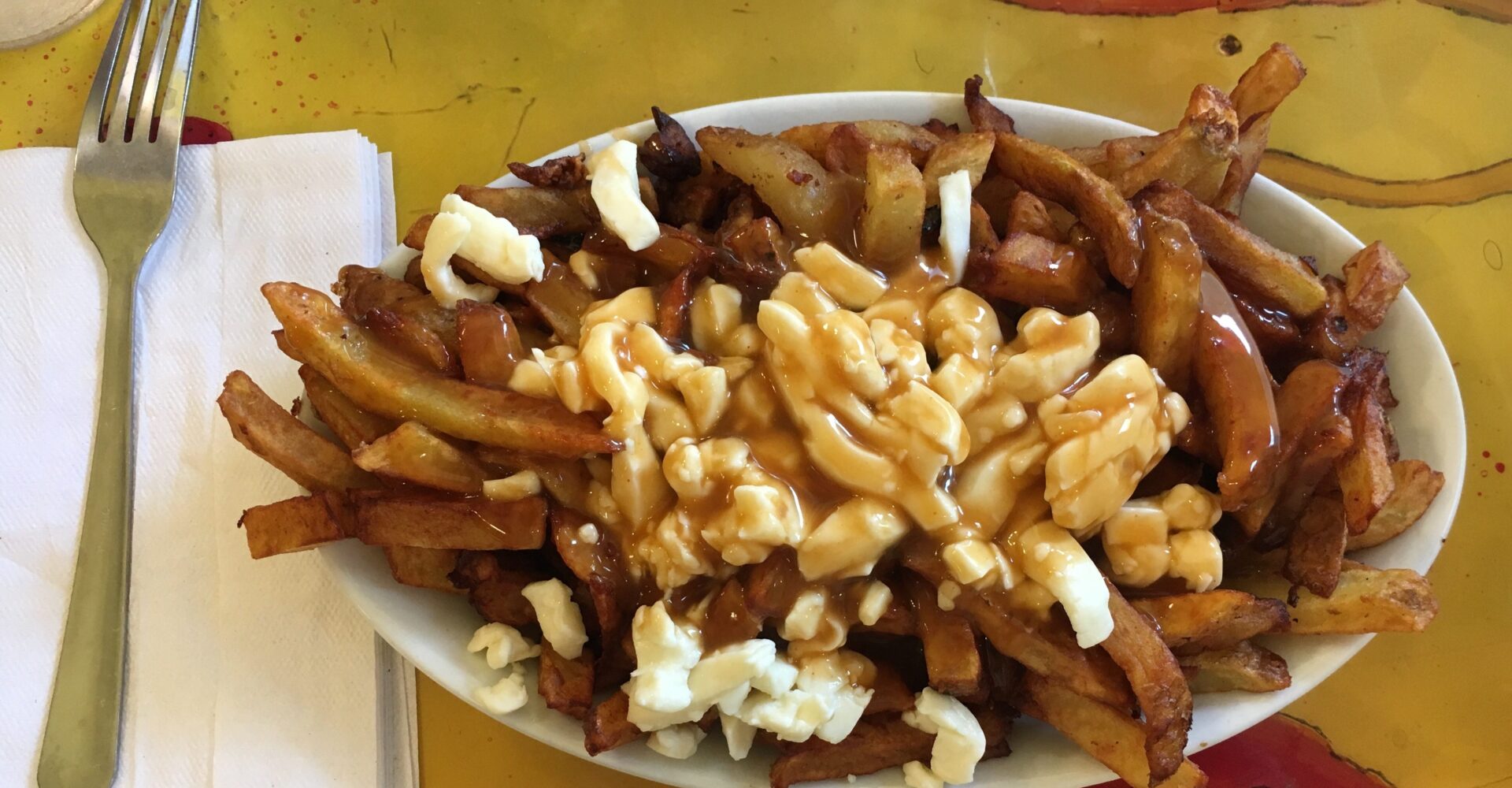 History of Poutine in Canada

Poutine is a Québécois dish consisting of fresh-cut french fries topped with gravy and cheese curds. It is a popular delicacy throughout Canada. It first appeared in rural Quebec snack bars in the 1950s. In the 1990s, it became quite popular in Canada and beyond. Poutine can be found on menus ranging from fine dining establishments to fast-food outlets such as McDonald’s and Burger King. It has become a cultural and culinary symbol of Québec.

Poutine is a delicious dish made of French fries, fresh cheese curds, and a thick brown sauce. It is a popular delicacy throughout Canada that originated in the province of Quebec. A healthy version of Poutine is the ultimate comfort dish for some individuals. The lunch appears to be a shambles, but it is excellent. Diners, fast food restaurants, taverns, sports stadiums, and food vendor trucks have all been connected with it in the past. It isn’t often considered a part of fine dining. However, there have been some attempts to modify this image. 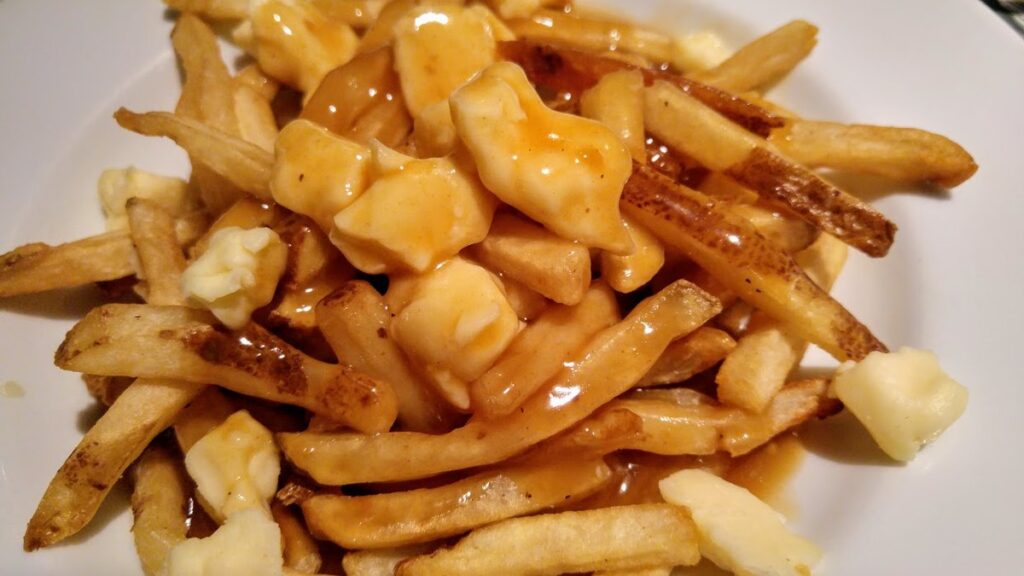 Poutine made its debut in Quebec in the 1950s. The identity of the individual who designed it, as well as the origins of its name, are both disputed. Many individuals outside of Quebec pronounce poutine as “poo-teen,” but in Quebec, the actual pronunciation is “poo-tin.”

History of Poutine, a cultural and culinary symbol of Québec

Poutine was unheard of in the mid-twentieth century, and is today available in fine restaurants and fast-food outlets alike. It is a popular delicacy throughout Canada. The late 1950s saw the introduction of the combination of fresh-cut fries, cheese curds, and gravy in rural Quebec snack bars. Though the exact origins of poutine are disputed, the meal was usually evolved in phases. 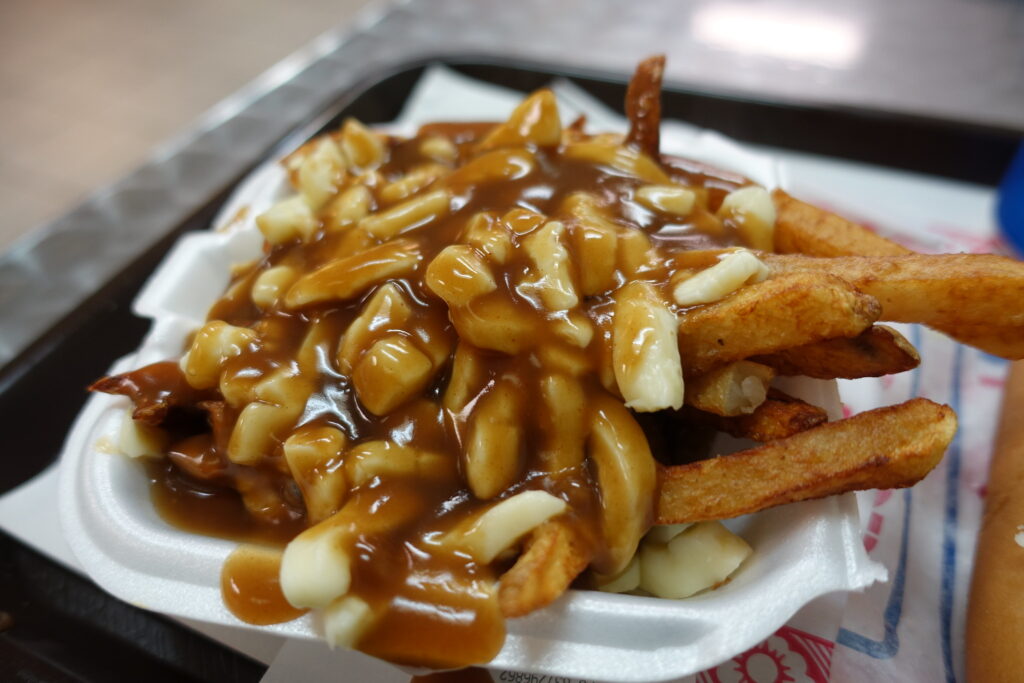 When looking for the history of Poutine, you see that one important factor was proximity to cheese curd-producing fromageries in Centre-du-Québec. Several communities and people in the area claim credit for the invention of poutine. In 1957, Fernand Lachance of Café Ideal in Warwick claims he first added curds to fries at the request of a regular client, Eddy Lainesse. “This is going to make you a miserable poutine!” Lachance allegedly exclaimed. Before serving the concoction in a paper bag, declare, “That’ll make a damned mess!” Diners customized the dish by adding ketchup or vinegar, and the combination became popular. To keep the mess off his tables, Lachance started serving the dish on a plate in 1963. When customers complained that the fries on the dish were becoming cold too quickly, he smothered the fries and curds in gravy to keep them warm.

Jean-Paul Roy of Drummondville claims to have invented a healthy version of Poutine, a cultural and culinary symbol of Québec, in 1964 at his drive-in restaurant Le Roy Jucep. Since 1958, he had been serving fries in a particular sauce he dubbed patate-sauce. He introduced fromage-patate-sauce to his regular menu after noticing that customers were adding cheese curds (which he sold in bags at his snack counter) to their fries. Roy, in particular, had to drive to Toronto in order to find a vendor who could produce containers that were strong enough to retain the mixture. The phrase poutine comes from the English word pudding, which was used to describe a mixture of numerous meals. Poutine is a slang term for mess in Québec. There have been a slew of other theories put up, including the origins of the French words potin (pâté) and poutitè (potato ragout). 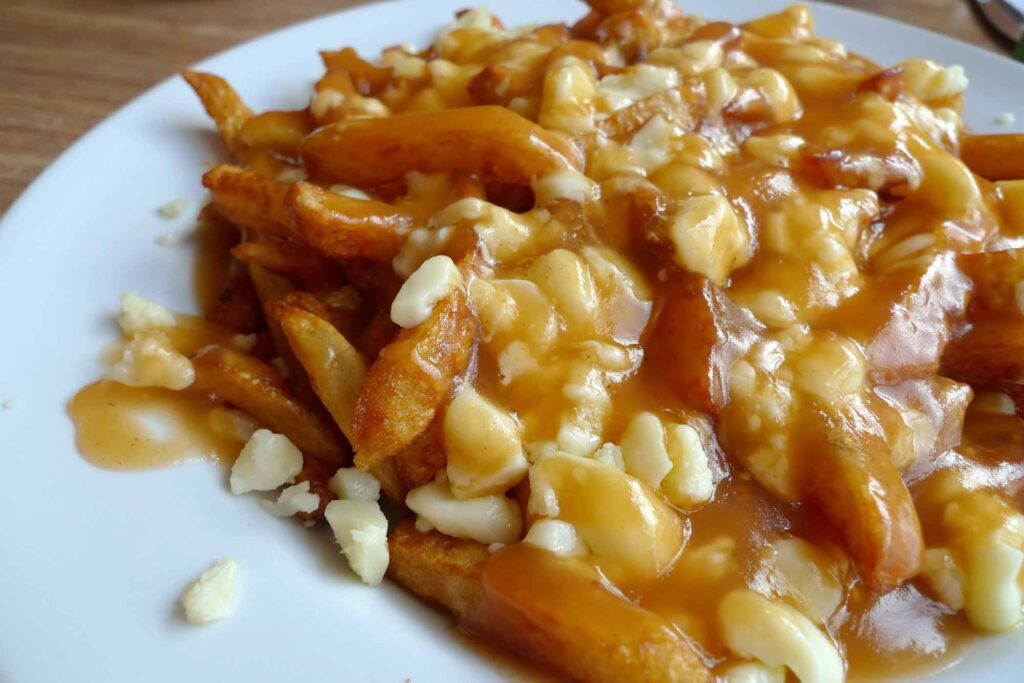 If you click on this link, you will redirect to:
JourneyBlog.ca
Check out the Trips News on the JourneyBlog.ca : Ever wondered about Willow tree

Can you have a Healthy version of Poutine?

Someone could produce a nutritious food that resembled poutine if they were very determined (fries baked with no oil, non-fat cheese, a gravy or sauce containing no salt). This may work as a normal dinner. Authentic poutine, a cultural and culinary symbol of Québec, on the other hand, has a lot of flavor and fun to give, especially for a social or special occasion. It’s a lot of joy to consume the intriguing and traditional mess.