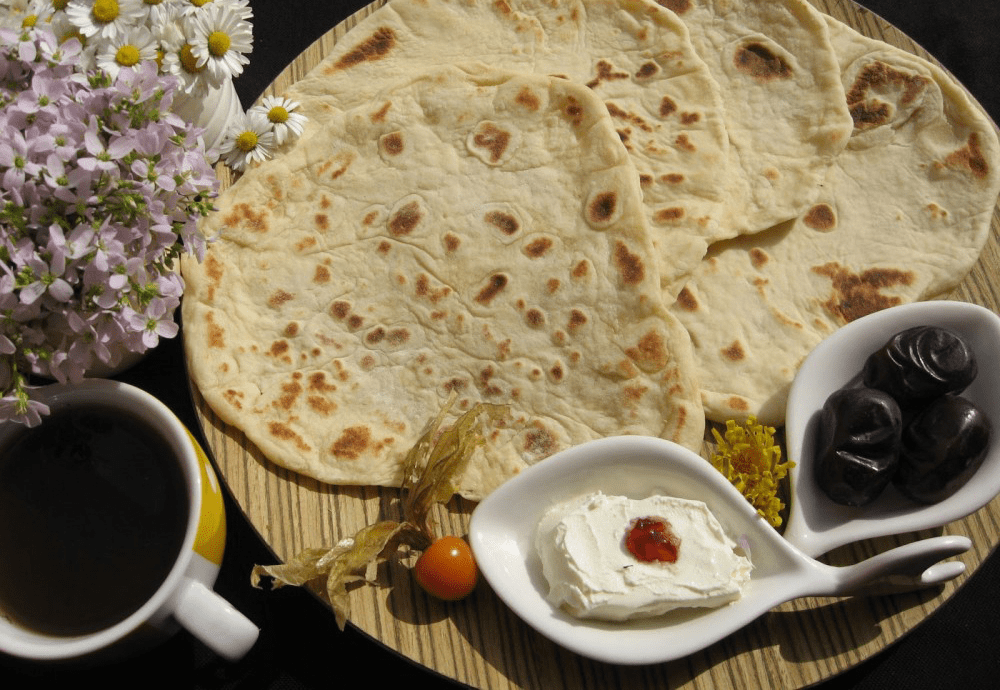 How many types of breads are baking in Iran?

Iran is a country with a rich past and history, and as a result, there are several ancient sites and buildings worth visiting. In addition to these historical sites, you will be astounded by the variety of delicacies, desserts, confectioneries, pickles, and even bread available due to the diversity of ethnic communities in various parts of the country. But, what about bread Consumption in Iran? In the country, a slice of bread with cheese or butter and jam is extremely common. The most essential Iranian dish consumed in all Persian meals is Persian bread. Aside from that, many people eat cooked rice or bread for lunch or dinner, therefore there are several types of bread in every village and city across the country. Barbari, Sangak, Taftoon, and Lavash are four types of bread that are widely used by people in Iran.

The most essential Iranian dish consumed in all Persian meals is Persian bread, or “Naan” in Farsi. Persian cuisine is typically served with rice or bread. Breakfast in Iran, for example, is commonly comprised of bread with cheese, walnuts, or jam. How many types of breads are baking in Iran? What about bread Consumption in Iran? People in our country usually wait in line at the bakery to purchase bread. Early in the morning and in the early hours of the evening, these lines are frequently longer. However, there are online bakeries that send bread to your home in some major Iranian cities. There is also a tandoor in certain traditional Iranian eateries, and they serve fresh bread with your meal.

Check out the Cooking Tips on the FoodMag.ca : History of thanksgiving

How many types of breads are baking in Iran? The most essential Iranian dish consumed in all Persian meals is Persian bread. Barbari, Sangak, Taftoon, and Lavash are four types of bread that are widely used by people in Iran. These are the most common forms of bread in Iran, and we’ll discuss bread Consumption in Iran in this article.

Barbari bread is the thickest flatbread, measuring 70 centimeters in length and 25 centimeters in width. It’s made with refined flour, baked plain or with sesame seeds, and has a crisp crust and light, airy feel. The word “Barbari” means “of Barbar,” and Barbar refers to a group of people who lived in Iran’s northeast, specifically the Hazara people of North Khorasan Province. The bread was named after the town where it was initially produced, and it was then transported to Tehran, where it became one of the most popular types of bread during the Qajar Dynasty. This is one of four types of bread that are widely used by people in Iran. 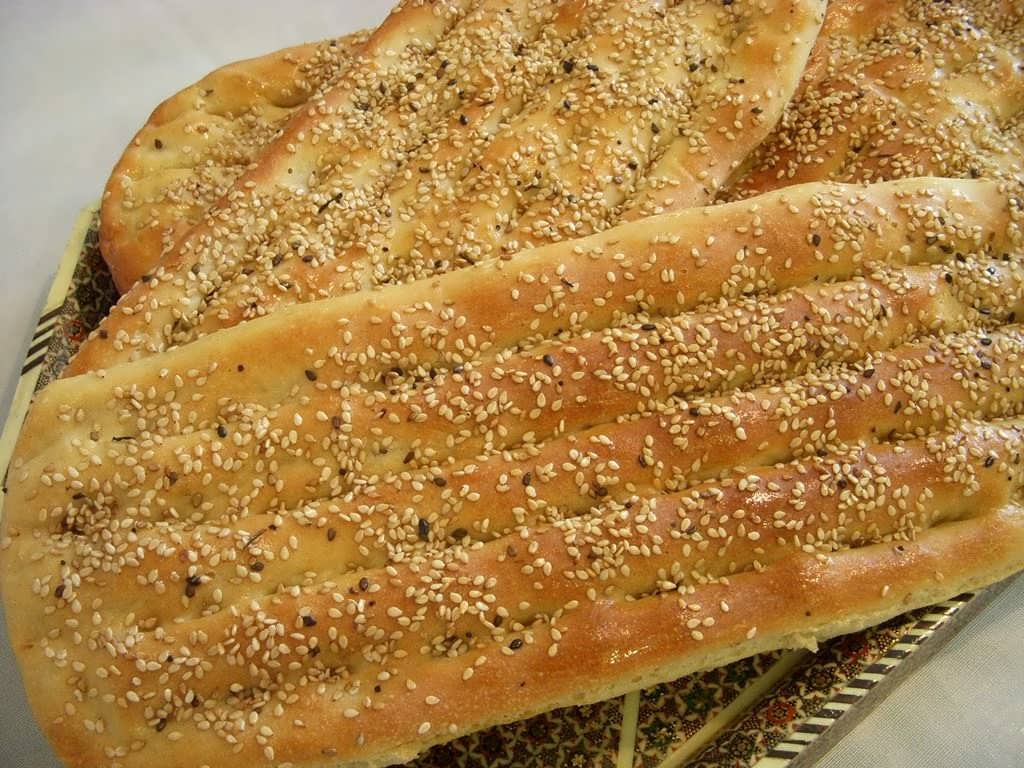 Sangak Bread is the healthiest sort of bread among the others because it is prepared with whole wheat taste. Sangak Bread is frequently served with kebab, dizi, and abgoosht. Not only in Iran, but also in Azerbaijan, is Sangak Bread popular. It was originally referenced in the 11th century, according to historical sources, and was historically the bread of the Persian army. Sangak literally translates to “tiny stone” (Sang stands for “stone”), which refers to the bread’s baking procedure, which involves baking it in an oven on a bed of small stones. It’s a basic, rectangular bread with various toppings like sesame seeds, dry herbs, or caraway seeds. 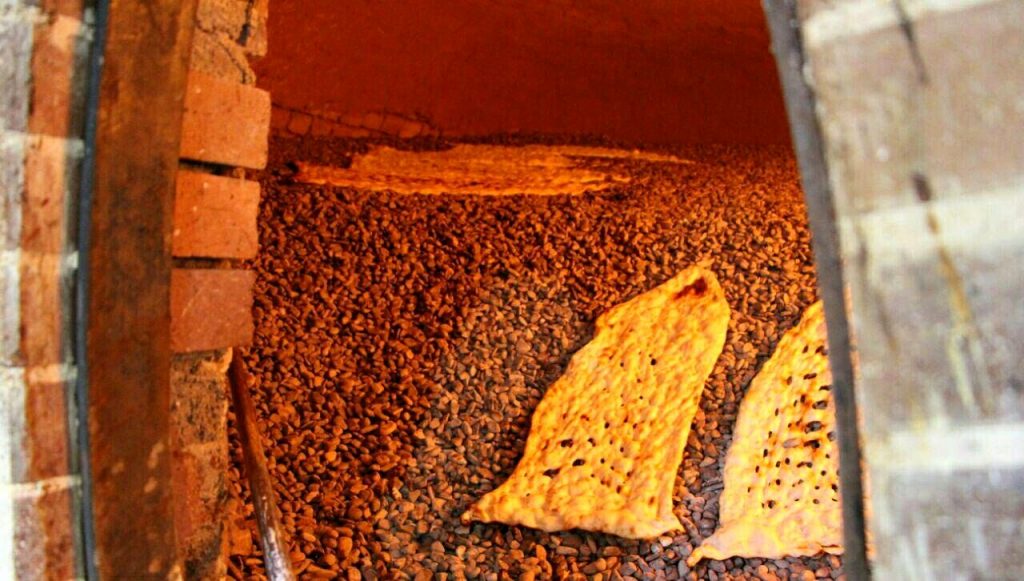 The most essential Iranian dish consumed in all Persian meals is Persian bread. Taftoon, Taftan, or Taftun is an Iranian, Pakistani, and Indian leavened flour bread. This bread’s name comes from the Arabic word “tafan,” which means “heating.” It has been used and baked throughout history, and it was first referenced in the Shahnameh, the Iranian national epics. The bread was traditionally baked in a clay oven known as a tanoor in Farsi. Typically, some bakers use their fingertips to produce dimples all over the dough.

If you click on this link, you will redirect to:
JourneyBlog.ca
Check out the Trips News on the JourneyBlog.ca : The rainbow mountains in Zhangye Danxia Geopark, China

In Iran and its adjacent countries, such as Armenia, Azerbaijan, and Turkey, lavash bread is immensely popular. In 2014, UNESCO designated Lavash Bread, its preparation, and its connotation as an Intangible Cultural Heritage of Humanity. However, Azerbaijan, Iran, Kazakhstan, Kyrgyzstan, and Turkey were added to the roster of delegates after two years, in 2016. Lavash bread is typically thin and round in shape. Sesame seeds and/or poppy seeds are sometimes put on before baking by some bakers. 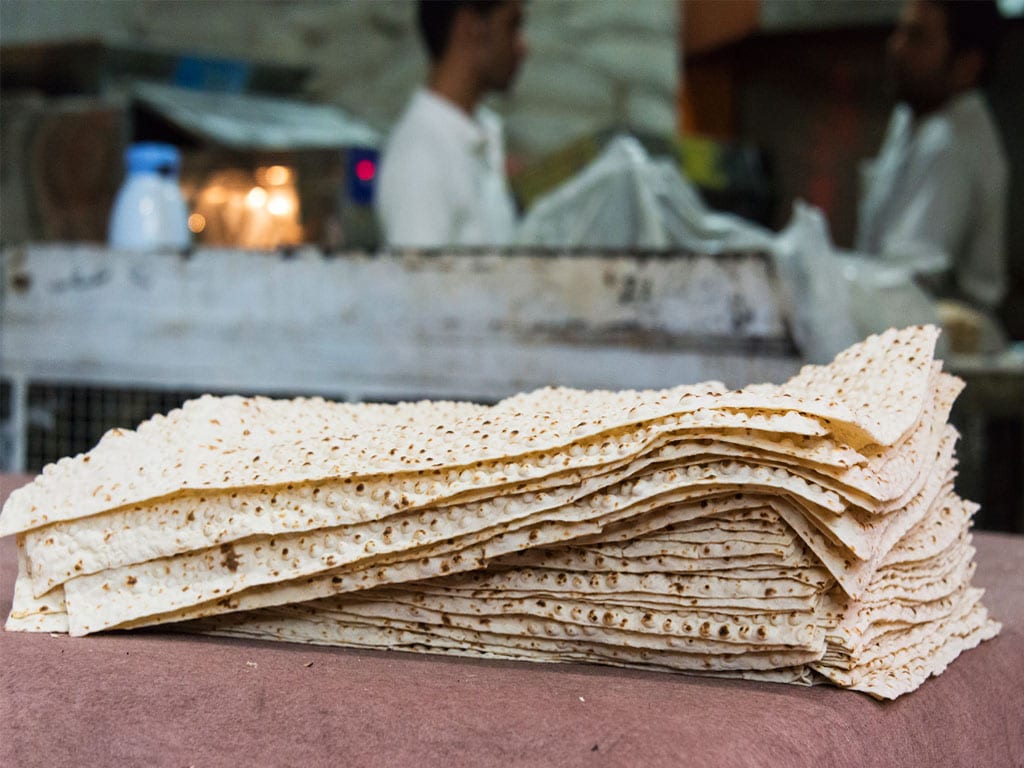 Related tags : Bread Consumption in Iranfour types of bread that are widely used by people in IranHow many types of breads are baking in Iran?Persian breadThe most essential Iranian dish