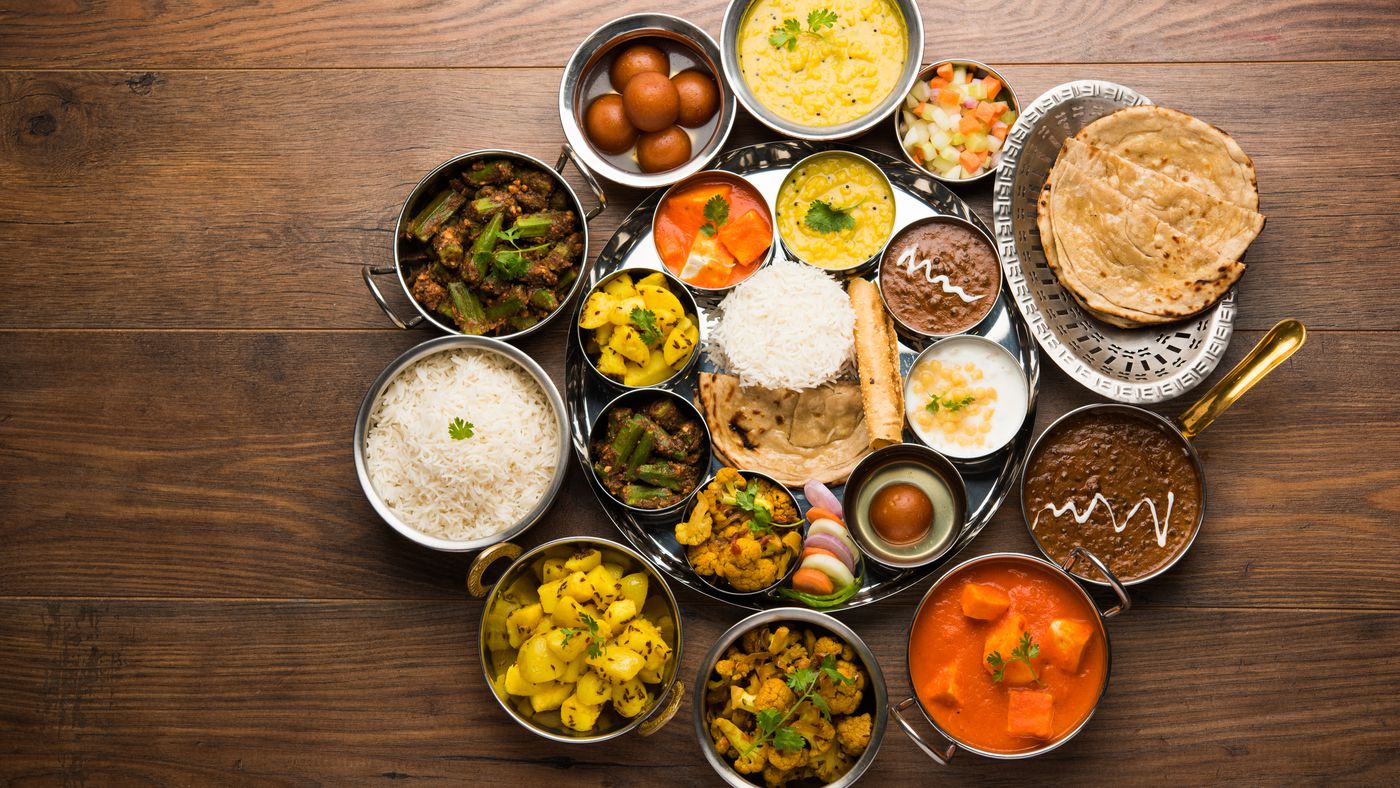 When the name of Indian food is mentioned, spicy taste comes to mind. Indians work miracles in cooking with colorful, aromatic and sometimes spicy spices.

Maybe for some, eating spicy Indian food is not very compatible with their taste and nature, but the aroma of these foods will definitely make everyone happy. At the same time, you should not overdo it with spicy spices. You can increase or decrease the amount of spices used in the food according to your taste, although you may deviate a little from the original taste, but it is better than to completely avoid these delicious foods.

1- The most famous Indian dishes; Curry chicken stew with yogurt and cream

Indian kitchen is one of the oldest and most famous kitchens in the world. In fact, Indian cooking has become one with the culture and tradition of Indians, and despite the fact that there is a lot of food diversity in this country, it still maintains its identity and authenticity all over the world. Curry chicken stew with yogurt and cream is one of the most popular spicy Indian dishes that is cooked and served in almost all states of India.

One of the most famous vegetarian and street foods in India is samosa. “Sambouse” in the common term and “Sanbouse” in different dictionaries are food names as old as history. September 5th has been named as World Sambosa Day, and it is considered one of the most famous Indian and even world dishes. This spicy and simple dish has different recipes in different countries, from African lands to the Indian subcontinent and the Middle East, which, of course, do not differ much.

Another local and vegetarian Indian dish is Dal Lentil Stew. Dal lentil stew is usually cooked with hot pepper and there is no mention of vegetables in its cooking. Lentil stew is usually served with rice, and some people cook it with meat or eat it as a simple dish with bread.

Indian double onion is one of the most delicious foods in India and Pakistan. A dish full of different flavors and aromas, which is prepared with meat, shrimp, potatoes (two plum onions) and chicken pieces. This dish is very easy to make and if you love to try new flavors and interesting spices, this dish is one of the best suggestions for you.

Tandoori or tandoori chicken is one of the popular and spicy Indian dishes and is cooked in an oven. It is not bad to know that tandoor is called tandoor in Indian language, that’s why this dish is called tandoori chicken and chicken, yogurt and spicy spices are used in its preparation. In Afghanistan and Pakistan, lemons, onions or chives and grilled potatoes are served along with this dish. Meanwhile, the oven in which tandoori chicken is cooked has a cylindrical shape and is used in the Caucasus, Balkans, Bangladesh, Middle East and Central Asia countries in addition to India, Afghanistan and Pakistan.

Shahi Korma is an Indian and Mongolian “royal” dish whose main ingredients are chicken cooked in a spicy creamy sauce and garnished with red and golden nuts and raisins. Also, spicy and moderate Indian spices used in it give Shahi Korma a unique taste. As one of the most famous Indian dishes, Shahi Korma is traditionally cooked in white sauce and served with an extremely thin silver plate known as “vark” in the kitchens of the Mughals and for the emperors.

How to prepare vegetarian hamburger or veggie burger “Vada Pav” may be interesting to you. One of the most famous Indian vegetarian dishes is this burger, which is also known as Indian burger or Bombay burger. Handcrafted veggie burger vada pav is one of the most popular street food in Mumbai. The most interesting thing about this food is that it is eaten as breakfast in India. But it can also be mentioned as an attractive snack with an extremely lovely taste. Vada pav is one of the main Indian dishes and maybe compared to fast food, it is really healthy and even nutritious. Because it is a good source of carbohydrates and fiber. Like all Indian food, this vegan burger has a spicy but wonderful taste. 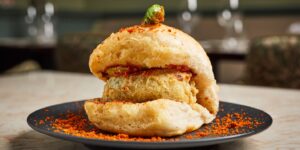 chicken karahi is a famous dish in northern India and Pakistan, which is served in most restaurants in these regions. A delicious dish full of spices, which has a very delicious and exciting taste due to its spiciness and many flavors. In this dish, different flavors of onion, garlic, ginger and different spices are combined, so it is an attractive choice for those who like the taste of spicy Indian food.

paratha is a hearty Indian, Afghan and Pakistani breakfast bread that is very popular in most countries for breakfast and dinner. Indian paratha is made in different ways with meat, vegetables and eggs. Egg paratha is actually one of the most famous Indian dishes and a very tasty and nutritious omelette.

Another very famous dish that you can see on Indian tables is Chicken Tikka Masala. This dish is prepared with chicken. It is interesting to know that a large part of authentic Indian food consists of plants, and meat, whether chicken or mutton, has a small place in Indian cuisine. Many tourists visit India, and this has made meat to be added to the dishes prepared in India, and dishes prepared with chicken or meat have also become famous and popular in this country.

Chicken masala is prepared with a creamy and spicy sauce and has a wonderful taste. It is cooked by combining tomato puree and several different spices such as chili pepper, garlic and ginger and putting chicken pieces in it. The most important issue in this dish is the spices that are used in it and they create a unique taste for this dish.

11- The most famous vegetarian and Indian street food; Types of pakoras

Pakora, pakora, pakora or pakora is an Indian fast food originally from the Gujarat region of India, which is served as a doughy fried finger food with side dishes such as tamarind sauce or hot pepper sauce. One of the most famous vegetarian Indian street food that burns the lips and mouths of tourists. Indians have a variety of onion pakoras, potato pakoras, chickpea pakoras, etc.