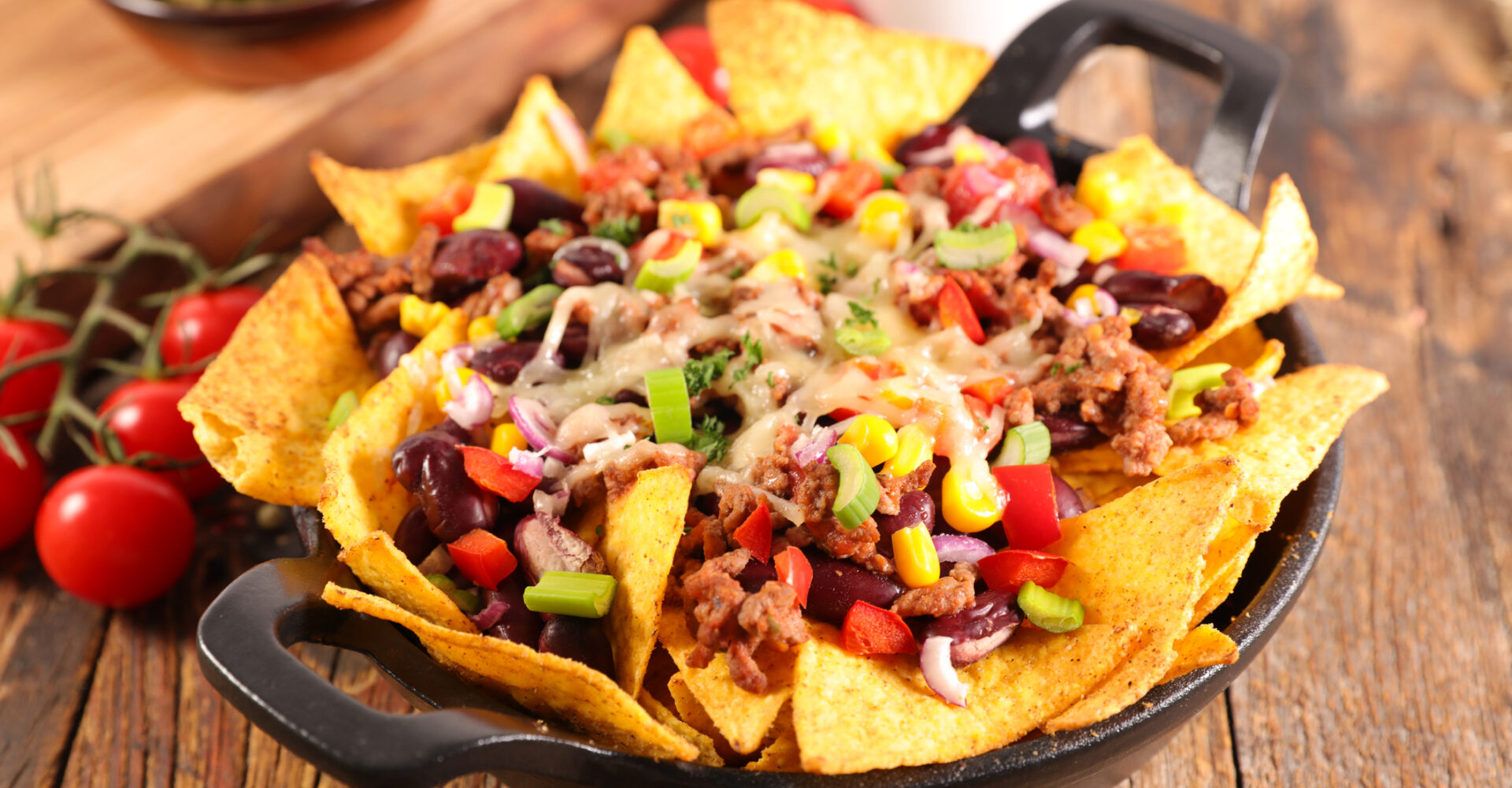 Nachos are a popular Mexican snack that consists of simple tortilla chips topped with cheese, meat, and other pantry goods. Making nachos is a true representation of the cook’s inventiveness, and their adaptability is the key to their success. Originally a Mexican delicacy, it has enchanted people all over the world with its unique taste. In the southeast, pulled pork nachos, sometimes known as barbecue nachos, are quite popular. Let us know how these delectable came to be and what is the most popular version of the story of Nachos?

Nachos are a Tex-Mex cuisine from Northern Mexico that consists of hot tortilla chips topped with melted cheese or a cheese-based sauce. Some more ingredients are included in the main course version of the dish. Let’s take a look at how nachos came to be. The most popular version of the story of Nachos, a popular Mexican snack, is that in 1943, the wives of some US soldiers stationed at Fort Duncan in Eagle Pass went shopping in the Coahuila region of Piedras Negras in Northern Mexico and arrived to the ‘Victory Club’ restaurant after it had closed for the day. 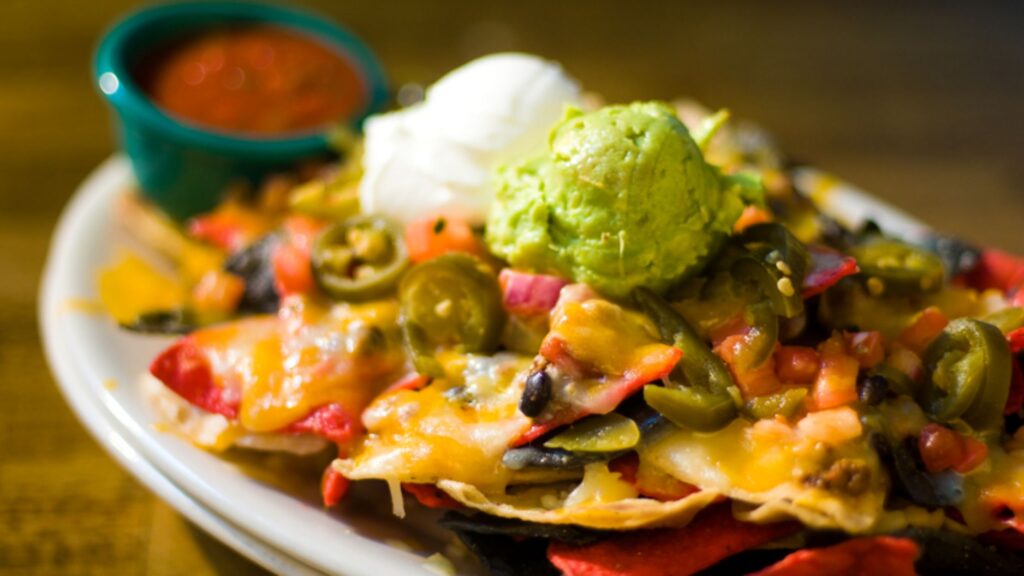 The motel management was adamant about not letting them leave without eating. So he fashioned a fresh snack for them with the little ingredients he had left over in the kitchen. He fried some fried tortilla chips and then topped them with shredded cheddar cheese and sliced jalapeo peppers before baking them for a few minutes. He then served the women the innovative snack, which he named after his moniker. The new snack produced by the manager, Ignacio Anaya, was dubbed nacho’s especiales after his nickname. The apostrophe was dropped over time, and Nacho’s specials became special nachos. Making nachos is a true representation of the cook’s inventiveness.

Anaya eventually worked at a modern restaurant in Piedras Negras that still uses the same nachos recipe. Anaya had previously opened a restaurant in Piedras Negras called “Nacho’s Restaurant.” The original recipe was discovered in the ‘St. Anne’s Cookbook’ book (1954). In Anaya’s honor, the 21st of October was designated as “International Nacho Day.” Anaya died in 1975, but his son, Ignacio Anaya Jr. of Eagle Pass, continued the family history. At the annual nacho competition, his son, Ignacio Anaya Junior, acted as a judge. 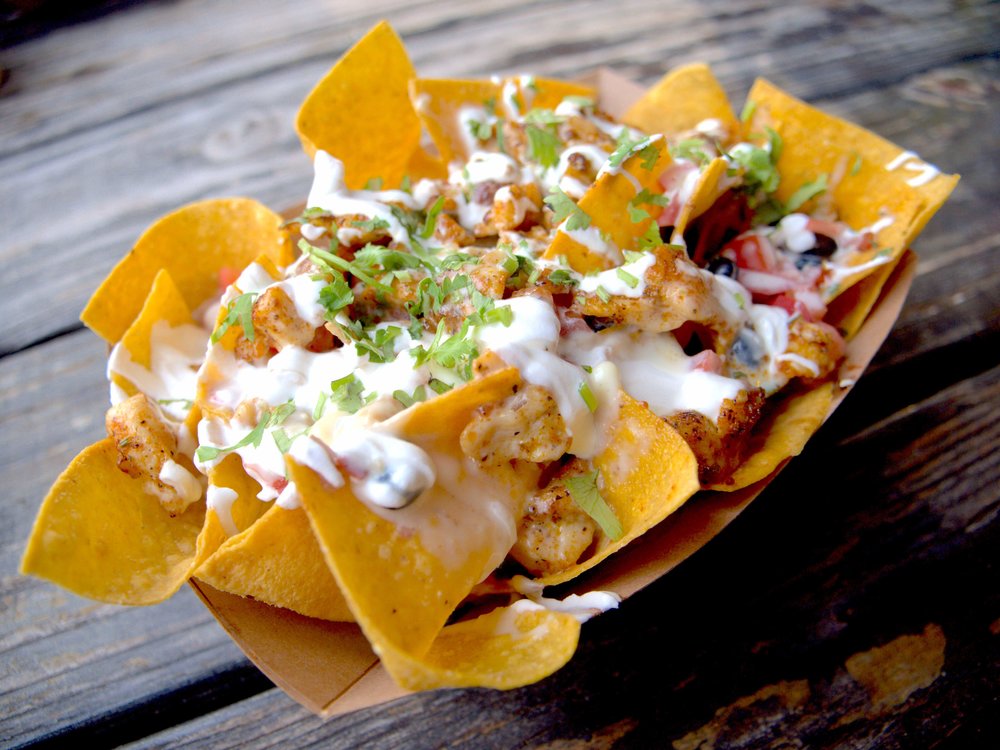 Making nachos is a true representation of the cook’s inventiveness. According to the most popular version of the story of Nachos, the dish first made its way to Texas and the Southwest from Mexico. According to El Cholo Spanish Café history, it was server Carmen Rocha who invented nachos in San Antonio, Texas, and it was later launched in Los Angeles at the café in 1959. Frank Liberto, proprietor of Ricos Products, invented a variety of nachos known as “ballpark nachos” during a basketball game between the Texas Rangers and the New York Knicks at Arlington Stadium in Arlington, Texas. In the southeast, pulled pork nachos, sometimes known as barbecue nachos, are quite popular.

When sportscaster Howard Cosell featured the nachos, a popular Mexican snack, in his broadcasts during the Monday Night Football game between the Baltimore Colts and the Dallas Cowboys, it gained popularity as a food that may be served in the stadium. 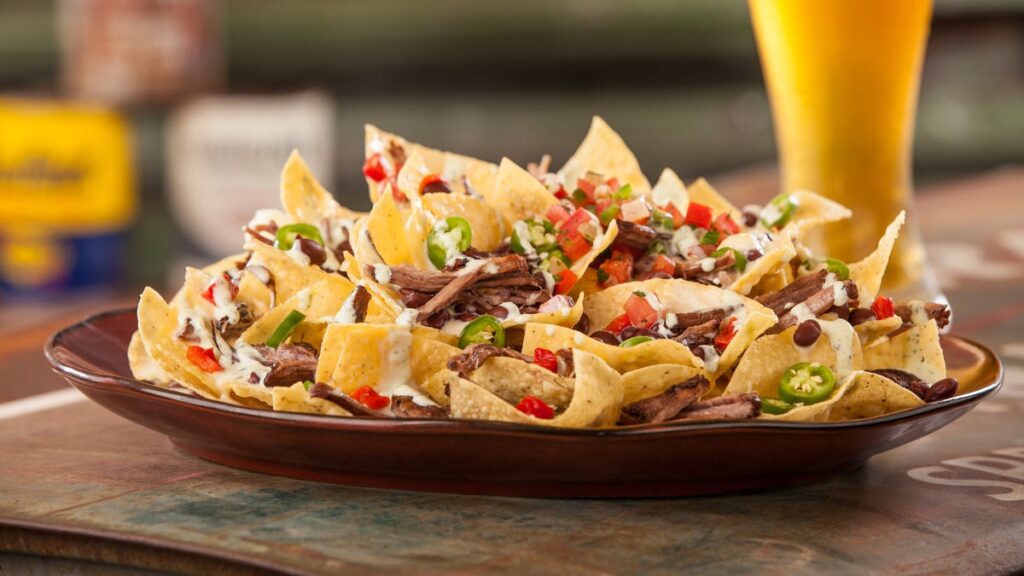 In the southeast, pulled pork nachos, sometimes known as barbecue nachos, are quite popular. Nachos, a popular Mexican snack, are topped with pulled smoked pork shoulder, served with or without barbecue sauce or hot sauce, in addition to their cheese and jalapenos in this variation. Dessert nachos are a type of nacho that can range from cinnamon and sugar on pita chips to more nachos with marshmallow and chocolate on graham crackers, and are normally served as a dessert with dispersed toppings on some form of crunchy foundation.

Nachos with a lot of toppings, often known as “loaded nachos,” “mega nachos,” or “epic nachos,” are popular appetizers in pubs and restaurants in the United States and elsewhere. Nachos add color to any gathering, whether it’s a family gathering or a party with friends, because they’re popular and easy to make. So grab some tortilla chips, melt some cheese, and ask some pals to help you make your day!