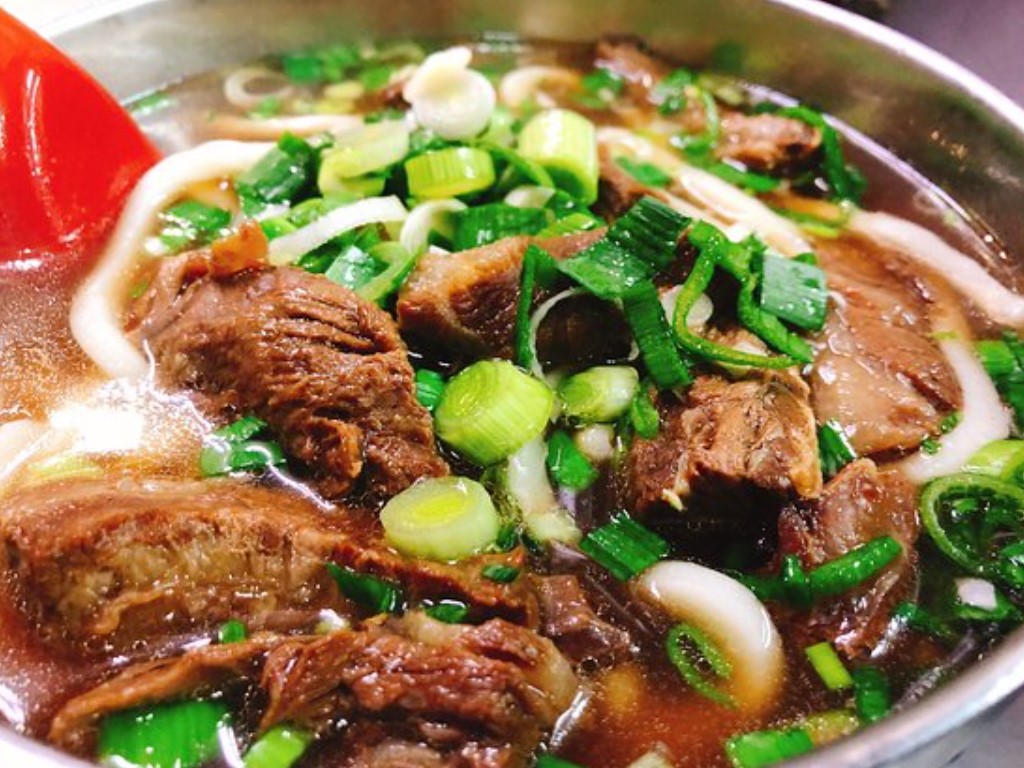 What is Taiwanese beef noodle soup?

Taiwanese beef noodle soup is an iconic Taiwanese dish, made of rich simmered beef broth, slow-braised stew beef, and beef tendon, with some hand-pulled noodles. We can say it is the comfort food of all Taiwanese people. Many different ingredients are used as toppings to this soup, but the most common one is pickled mustard greens, chili sauce, and blanched bok choy.

The history of beef noodle soup goes back to when the Kuomintang party lost the Chinese Civil War and retreated to Taiwan in 1949. This is the reason behind Taiwanese beef noodle soup popularity. It holds a special place in Taiwanese hearts and memories.

Nowadays, beef noodle soup is to Taiwan like burgers to the U.S. but you might be surprised knowing eating beef is still a relatively new thing in Taiwan.

Beef consumption was a deep taboo in Taiwan since the second half of the nineteenth century. In ancient China, the killing of cattle was prohibited by law, and in traditional Taiwanese society, farmers had a special relationship with their bovines as their loyal coworkers.

There is an old Taiwanese saying that encourages people not to eat beef and dog if they want prosperity. 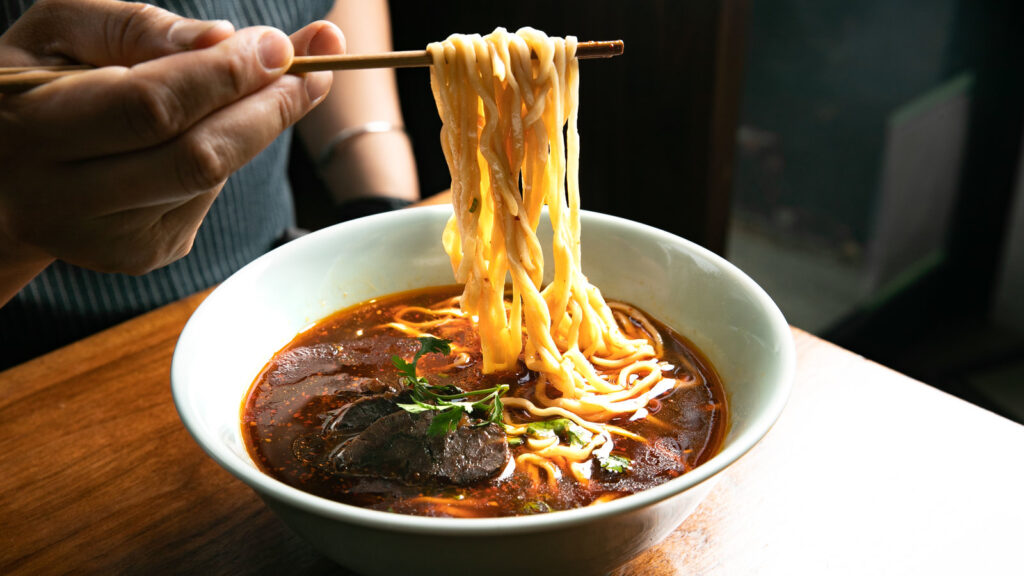 The perception of cattle as a friend started to change after Japan took over Taiwan in 1895. New eating habits were brought to Taiwan with Japanese immigrants and their families, and beef consumption began to be normalized in the country.

Taiwan started exporting canned beef in the second half f the Japanese colonial era. By the 1930s, Taiwan’s beef production showed that Taiwanese have changed their previous beliefs.

In 1949, after Chinese Nationalist soldiers were defeated by the communists in the Chinese Civil War, almost 2 million of them relocated to Taiwan with their families. And this is when the story of beef noodle soup popularity in Taiwan begins.

The Chinese refugees, missing the taste of home, created Taiwanese beef noodle soup. The gastronomer veterans sold noodles as street food to earn money, and the beef noodle soup made its way to the whole country.

Is the beef noodle soup a Chinese food?

However, there are people who say the soup is not created by Nationalist veterans. They believe the dish is originated from a Chinese province. Some credit the dish to the Northern Chinese, others to the Sichuanese. It seems that veterans who had come from different regions introduced their own takes on beef noodle soup. They blended and evolved the soup into the many variations we see today.

Beef noodle soup’s origin is still a subject of much debate among people in Taiwan. Nowadays, it is a cultural treasure and a source of national pride which is known all over the world. 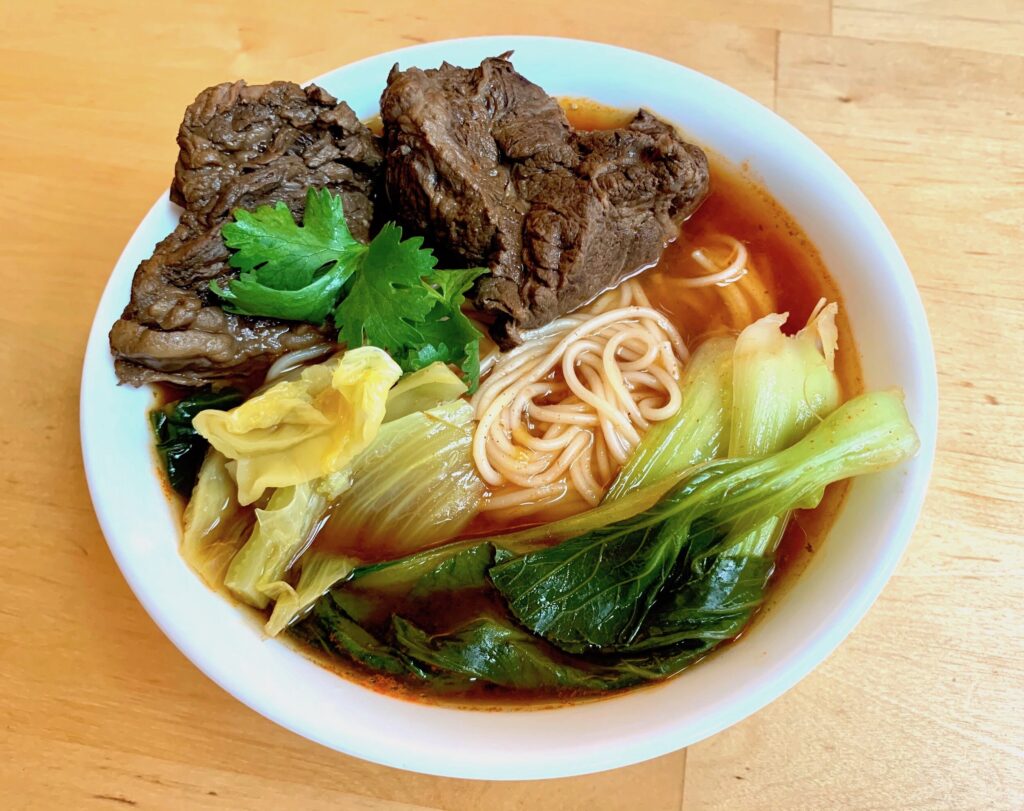 The most popular food in Taiwan

Michelin awards arrived in Taiwan in 2018, and since then, 8 beef noodle soup shops were recognized on the Bib Gourmand list. For many years, an annual international beef noodle soup festival was held in Taipei. Competitors competed for the best recipe award and best beef noodle shop award.

If you click on this link, you will redirect to:
JourneyBlog.ca
Check out the Trips News on the JourneyBlog.ca : 10 things to do in Scandinavian summer!