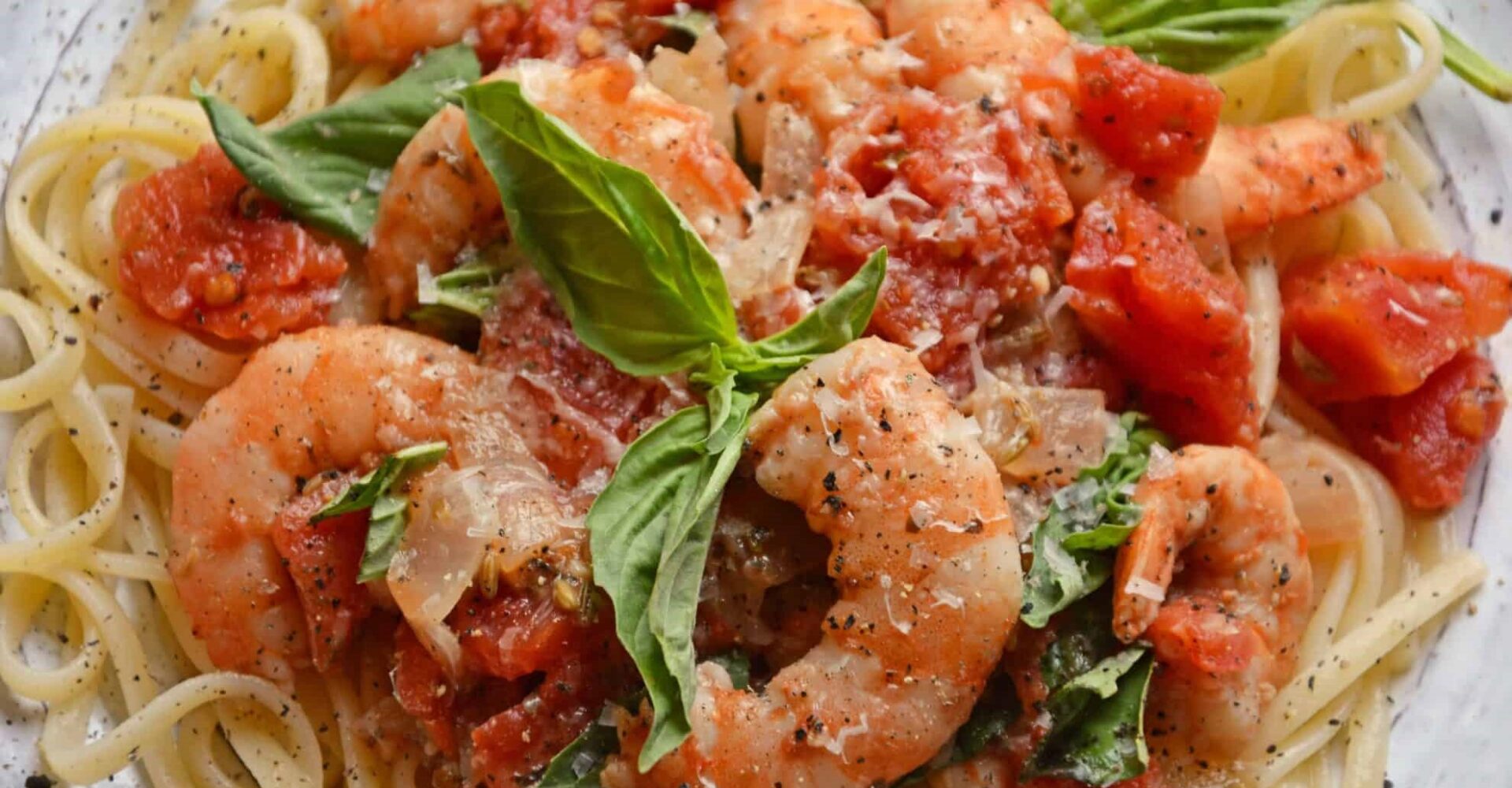 How to prepare shrimp pasta with basil

Season the shrimp with salt and pepper to taste. Heat 4 teaspoons oil in a large skillet over high heat. Cook until the shrimp are opaque throughout, 3 minutes, flipping periodically. Place in a dish and put aside.

Make the sauce: In the same skillet, heat the remaining 2 tablespoons oil and garlic until fragrant, about 30 seconds. Bring 2 cups water, canned tomatoes, and their juice to a boil. Reduce heat to low and simmer, stirring periodically, for 15 minutes, or until tomatoes have softened and become saucy. Remove the sauce from the heat and whisk in the cherry tomatoes.

Meanwhile, prepare pasta until al dente according to package directions in a large pot of boiling salted water. Return spaghetti to pot after draining. Toss in the tomato sauce, shrimp, and basil; season with salt and pepper. Serve immediately, if preferred garnished with basil leaves. 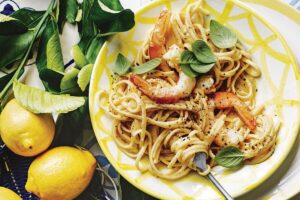 Make use of Bronze-Die Pasta.

The dry pasta packs that you and I buy at the shop are produced on a large scale at pasta factories. Machines combine flour and water to form a dough, which is then pushed into a mould known as a “die” by pasta manufacturers. The spaghetti noodles are sliced into various shapes and forms using the die.

Have your noodles turned out to be bland? It’s most likely due to a lack of salt in the water. “Pasta water should taste like the sea,” according to Italian cooks. Though not everyone gets paid to taste saltwater, they have a point. The Mediterranean sea is rather salty, with a salinity of 38-40 g/kg (parts per thousand). Cooking pasta in salted water results in tastier noodles.

Cook the noodles until they are “al dente.”

Pasta cooks in Rome slightly undercook the pasta by straining it from the water when it’s cooked through on the inside but still firm to the bite and crispy on the outside. This method of cooking noodles is known as al dente, which translates as “to the teeth.”

In a pan, sauce the pasta.

This is one of the easiest strategies for improving the flavour of pasta on my list, but it’s also one of the most effective. This is how it works: (and why it works so well). Consider yourself a painter, and the spaghetti noodles a blank canvas. You created the outlines in your artwork by boiling the pasta in salty water.

Season the sauce with fresh herbs.

Nothing like fresh basil or oregano leaves for brightening up a spaghetti sauce. Fresh herbs contain fragrant essential oils that are filled with taste. The majority of fresh herbs, such as basil and oregano, are delicate. If you add them to the frying pan too soon, their tastes will quickly be lost.

Barilla Penne Pasta & Spaghetti Pasta Variety Pack In Italy, spaghetti is the most common pasta form. The term is derived from the Italian word spaghi, which meaning “cord lengths.” Spaghetti is a southern Italian pasta that is typically served with tomato sauces, fresh vegetables, or seafood. Penne pasta is a popular Italian pasta form that is enjoyed throughout the country.

Penne, which translates as “pen” in Italian, is named by its shape. The angled ends of the tube were inspired by the quill of an old-fashioned ink pen. Non-GMO ingredients are used in both Barilla Penne Pasta and Barilla Spaghetti Pasta. They are pasta enthusiasts at Barilla. After all, we’ve been making pasta since 1877. For years, people have relied on our unwavering quality.

Sea Best Half Moon Style Shrimp Rings with Sauce These Sea Best Cocktail Shrimp Rings provide delicious, succulent cooked shrimp that are ready to serve on a daily or special occasion basis. They are the ideal appetiser for your next get together since they are full of substance and taste.