What time did fast foods popular amongst people

Fast foods in the ancient world

Restaurants have been around for most of human history, but their customers were mainly travelers. In ancient Rome and Greek, pubs and inns generally served food to people who were away from their homes for any reason. It was not until recently that this trend changed. However, in the 17th century, these places were popular amongst people for gathering and sharing beverages. But the idea of eating out for fun took off in Western society in the late 18th century.

As you might think, MacDonald’s was the first restaurant that used the assembly line system. But it is not the first fast-food chain; many believe White Castle, founded in 1921 in Wichita, Kansas, was the first fast-food chain. At the time, people thought burgers that were sold at lunch counters, carts, circuses, and fairs are low-quality because they believed that hamburgers are made of slaughterhouse scraps and spoiled meat. 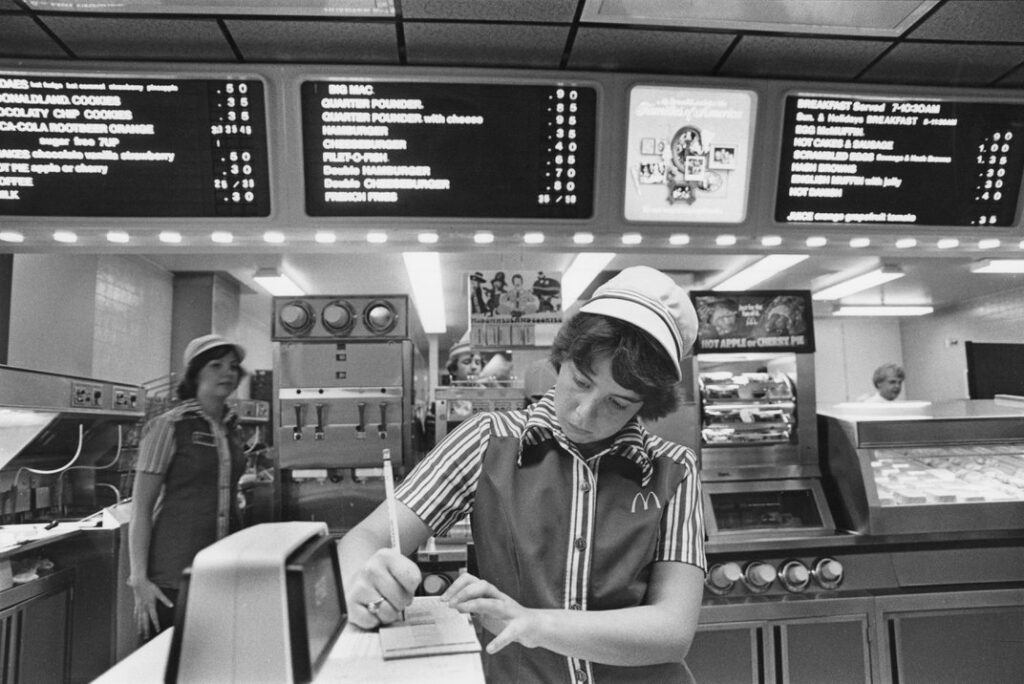 How White Castle affected the popularity of fast foods

The founder of White Castle decided to change people’s opinion about hamburgers. They painted the walls of their restaurant white and chose a name for it that reminded people of cleanliness. White Castle was most popular in the American Midwest and East. Their success helped change the bad reputation of hamburger meat. So, one thing that played an important role in the popularity of fast foods amongst people, was White Castle.

Check out the Cooking Tips on the FoodMag.ca : Delicious and healthy spinach and cheese pie

MacDonald’s and the Speedee Service System

The MacDonald brothers opened their restaurant, which was a redesigned one, in 1948. Soon after, several other fast-food chains that still exist today, opened.

Drive-throughs also got popular in the 1940s. those days, wealthy and privileged people who owned a car were the main customers of this service.

It was in the 1950s when Burger King and Taco Bell started their work. Wendy’s opened in 1969.

In 2005, American sales of fast food reached $163.5 billion according to the National Restaurant Association. The fast-food industry is growing globally too. MacDonald’s total sales grew 5.6 percent in 2005. Today, the company has 35,000 franchised stores in more than 120 countries.

How big the fast-food industry is?

It is said that every typical American spends 1200 on fast food per year. It means that Americans spend more than $50 Billion annually on fast food. The global fast food and QSR market size were estimated at $257.19 billion in 2019, and experts expected it to grow in the coming years.

If you click on this link, you will redirect to:
JourneyBlog.ca
Check out the Trips News on the JourneyBlog.ca : 10 beautiful and spectacular tourist attractions in Poland

However, even today fast foods -and MacDonald’s specifically- do not always get a welcoming acceptance around the world. In several countries, MacDonald’s restaurants have been attacked by protesters in several countries, such as China, the United States, Belgium, Holland, India, the U.K, Sweden, and Russia. Protestors criticize the fast-food industry for its impact on humanity. They believe MacDonald’s and other fast-food chains are selling foods that are detrimental to health, marketing aggressively to children, damaging local values and cultures, and resulting in obesity and overweight.

Fast foods began to become popular amongst people centuries ago, but their growth has not still stopped. There are many reasons that the popularity of fast foods is still growing. People living in the modern world have less time to buy ingredients and prepare food for themselves; fast food is very easy to obtain; you can get your food in one of the chain fast foods in less than 10 minutes. They are also very cheap.

However, the number of people who concern about fast foods affecting people’s health seems to be increasing every day.